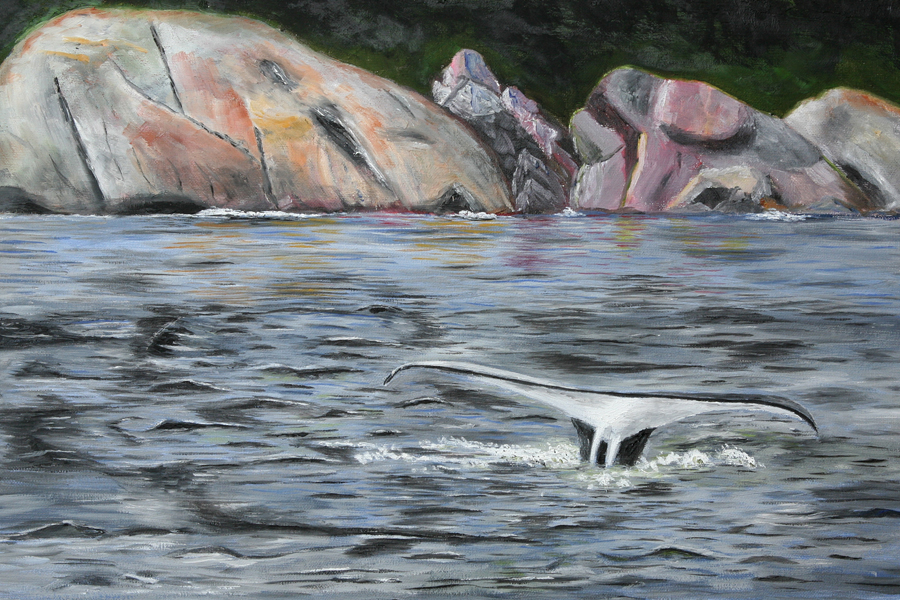 Welcome. All my paintings are in oils.  This is canvas, 60cm by 40cm, painted from a photograph while riding the rather pitchy foredeck of a catamaran, off the coast of South West Australia. Importantly, I only took a few pictures and spent most of the time just watching. And hanging on. That’s important too… The big, rounded rock was the most difficult bit. I Found it really difficult to get the texture of the slopes right, while still keeping it in tune with the more jagged rocks on the right. 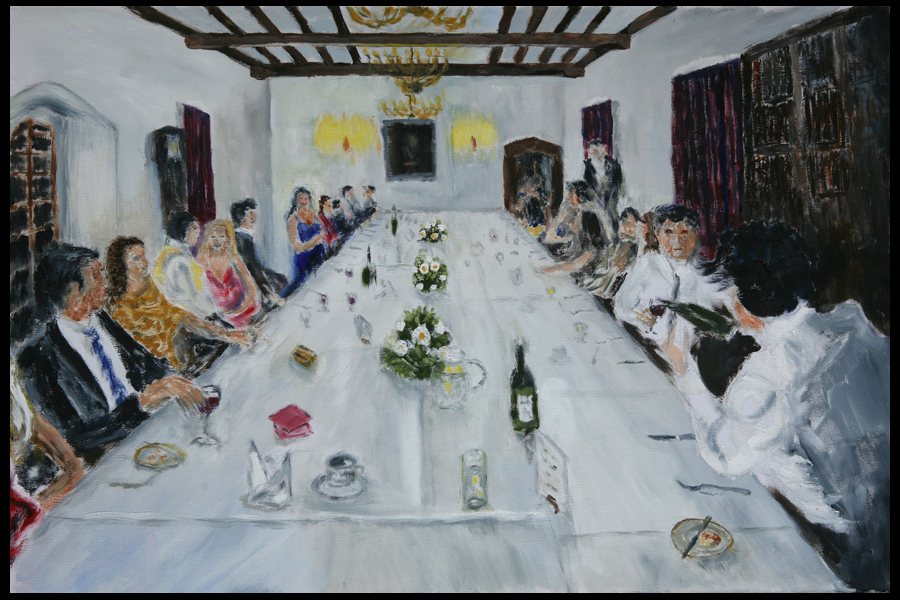 “The Wedding Breakfast”. I was a wedding photographer for a while around Cambridge, which gave access to some wonderfully atmospheric rooms…and people. Oil on Canvas, 60cm by 40cm. 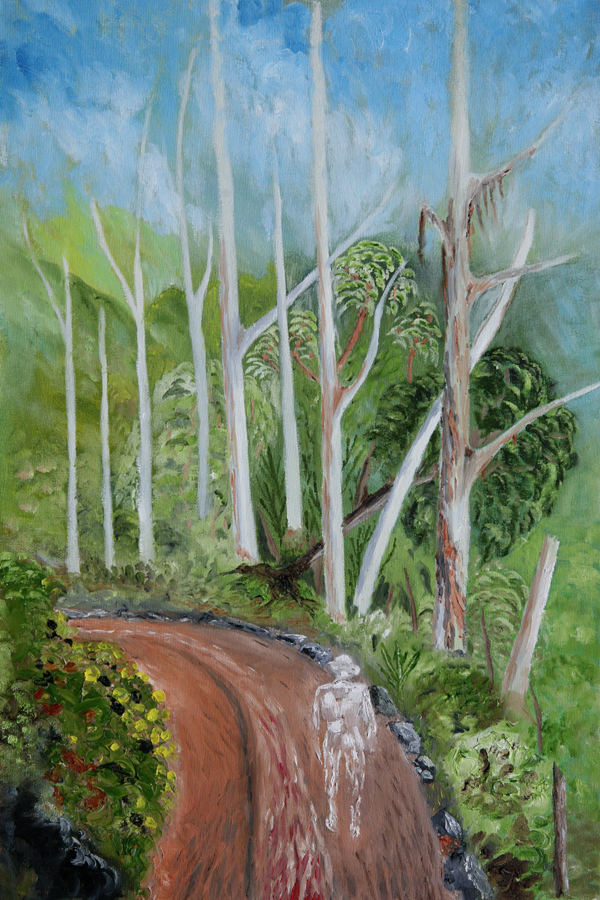 This is from a photograph in the Brazilian rain forest. The challenge was to preserve the feel of ancient trees without getting lost in the detail. It started to work when I put in the trunks, keeping them off-white and simple. Then the rest of the painting started to take on an ethereal air…including the figure. 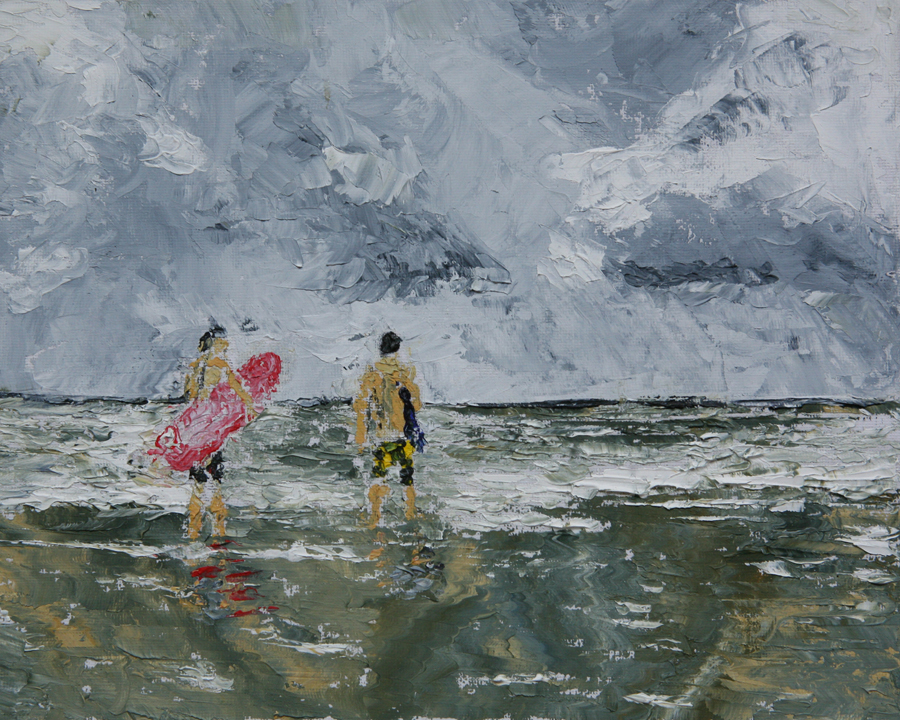 Oil on board, straight from the tube, and applied with a palette knife. It’s small, 10″ by 8″, and from an old photograph. With this method, you pretty much have to get it right first time, as the colours mix and go muddy if you push the paint around. You can see in the foreground where I’ve picked up several colours with the edge of the knife, and then sort of wiggled it down the board. Some of the strokes I practice first on a bit of card. 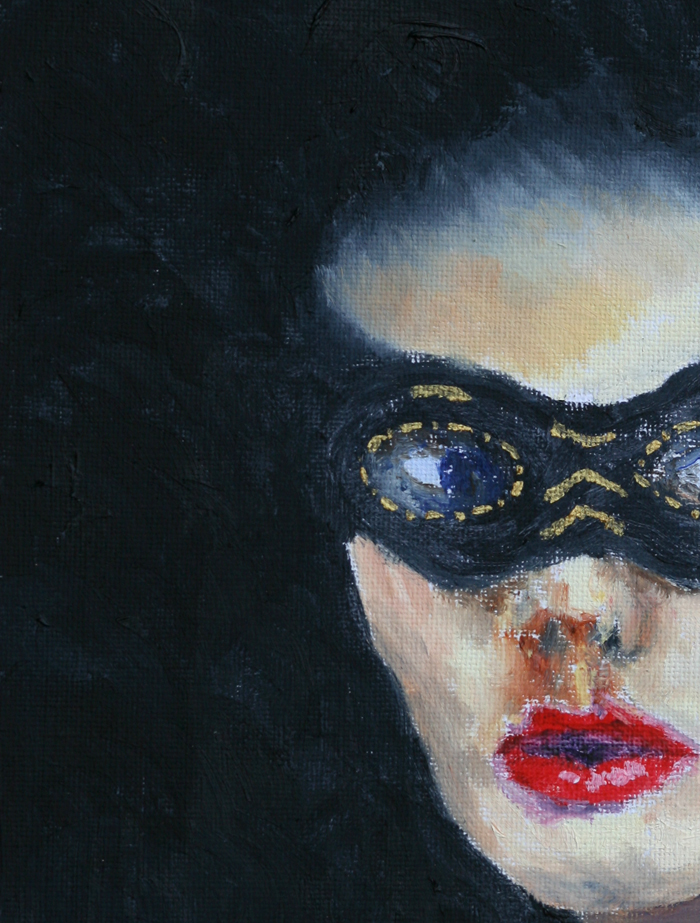 I often crop my paintings after I’ve finished them (as long as they’re not on canvas). Like many a photograph, they seem punchier if you zoom in and skew a bit. Only I don’t use Photoshop… I use a hacksaw.